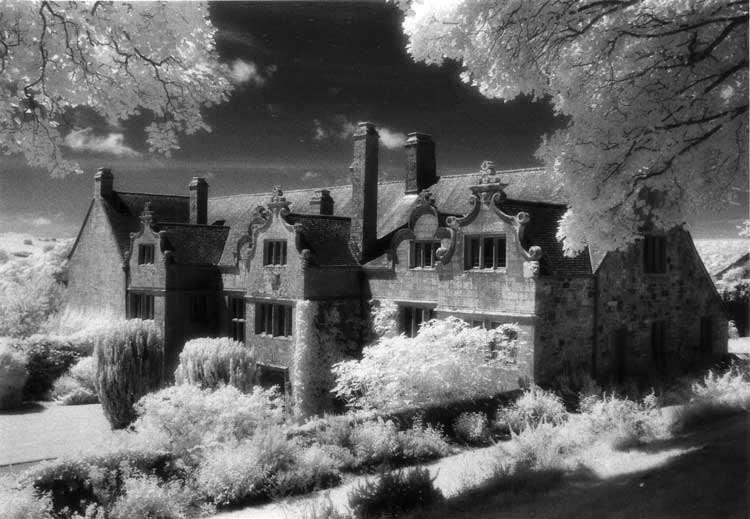 Built in 1573 by Sir John Arundell, Trerice enjoys a secluded setting in a sheltered valley and nestles peaceably at the end of a winding, narrow lane.

It gives the overall impression of being rooted firmly in a bygone age, its buff-coloured walls untouched by time.

During the Civil War the Arundell's were staunch Royalists, and, as a result, their fortunes suffered a downturn during Cromwell's Protectorship.

This, however, proved little more than blip in the family fortunes for, come the Restoration of the Monarchy in 1660, their estates were duly restored.

In the 18th century they began spending less and less time at their Cornish retreat and in 1802 their 400 year occupancy ended and Trerice Manor passed to the Acland family.

They set about restoring the property's great chamber and today this is undoubtedly its chief glory with its splendid barrel ceiling, which looks absolutely magical when the sunlight streams in through the 576 panes of its 16th century east window.

In 1915, after a residence of a mere 113 years, the family sold up and it was during this period that the first hints of otherworldly inhabitants began to circulate.

A guide book of the era describes Trerice as "an ancient baronial mansion, which the country people still declare to be haunted."

Tradition maintains that at some stage in the manor's long history "wicked lord Arundell" seduced a young servant girl and cruelly discarded her when she became pregnant. The poor girl committed suicide, and ever since her ghost has lingered behind.

She is never seen and the only way witnesses have of knowing her phantom is walking is when the temperature drops suddenly and the delicate aroma of lilac fills the air.

They then sense her presence drifting past them and several have even reported hearing the rustle of her skirts as she goes by.

She appears to have a fondness for the library, and many people have commented on the eerie ambience of that particular room, with some visitors even pausing on its threshold refusing to enter.

It is uncertain if she is the Grey Lady whose solemn form is usually seen drifting around the house's gallery or whether it is she that is responsible for the inexplicable bumps and other noises that have been heard throughout the building at sundry times of the day and night.

Trerice';s other ghost is that of a stable boy whose spectre appears in the vicinity of the courtyard and stables, and who is said to have been killed when the horses bolted suddenly and trampled him to death.

Perhaps it is the sheer terror of his final moments that has left his spirit trapped at the place of his demise?

Or could it be a case of spectral indignation at the fact that his beloved stables now serve as the manor's public lavatories?