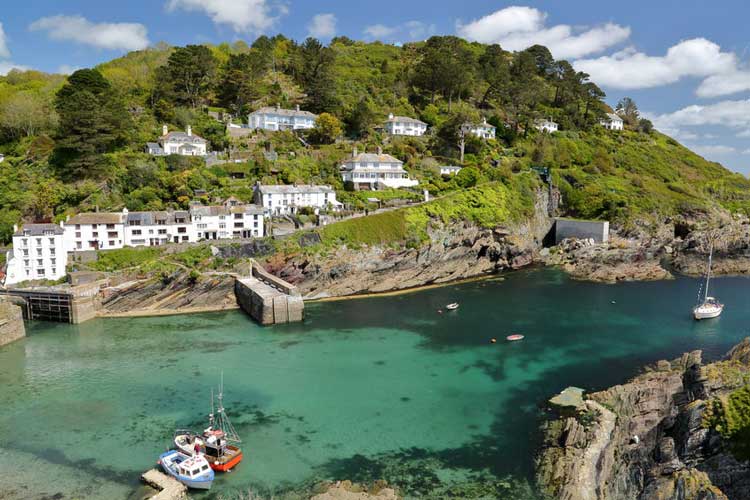 One long ago day, two Italian brothers arrived at this beautiful little pub, which had been built in the early 16th century. Polperro was then famed far and wide for the abundance of its pilchards, and the two brothers had journeyed from their native land intending to make a killing by exporting the tasty fish back to their homeland.

In those days, so the story goes, there were three pilchard factories in the village, and the brothers wanted to sample the wares of each, in order to decide which supplied the best produce. In consequence, the pub became known as the "Three Pilchards", under which name it still operates today.

Well, that's one story that accounts for the name. Another, less romantic explanation, holds that the pub was simply named for the proximity of the three pilchard factories.

Ghosts At The Three Pilchards

Its name aside, the pub can claim several resident revenants to help add a little chill to your visit.

A persistent story holds that, at some stage in the 19th century, an irascible landlord over imbibed, and beat his unfortunate wife to death.

Ever since, the sounds of a ferocious struggle, accompanied by the anguished cries and screams of a ghostly woman, are, from time to time, said to emanate from the pub's second floor where the dreadful events of the tragedy unfolded all those years ago.