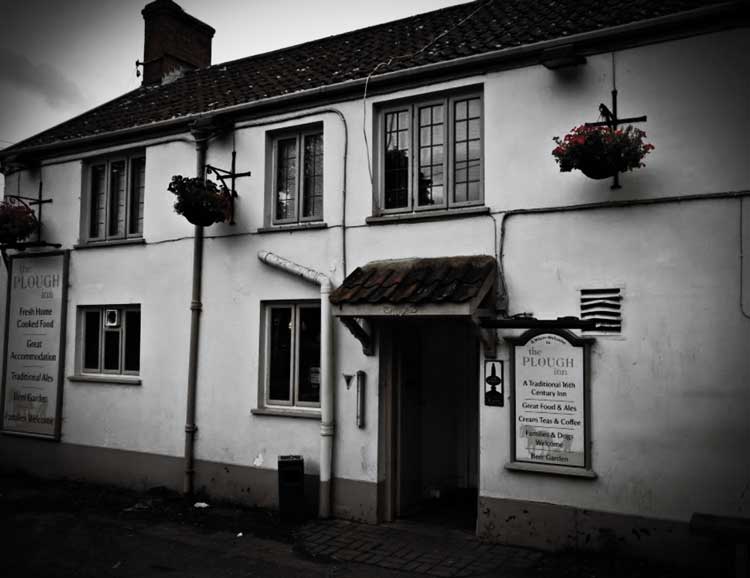 The 16th century Plough Inn, situated in the picturesque village of Holford, was where Virginia and Leonard Woolf spent their honeymoon in 1912.

A year later, Virginia succumbed to one of her recurring bouts of mental illness and her doctor advised rest.

So the couple opted to return once more to the Plough of which Leonard later wrote in his autobiography, "The people who kept it were pure Holford folk. The food was delicious. Nothing could be better than the bread, butter, cream and eggs and bacon of the Somersetshire breakfast with which you begin your morning."

However, Virginia's condition failed to improve and, according to her nephew Quentin Bell, "...she thought people were laughing at her; she was the cause of everyone's troubles; she felt overwhelmed with a sense of guilt for which she should be punished ... the only course was to refuse to eat..."

Her husband, Leonard, grew increasingly concerned for her well being, noting in his diary "...bad mornings and good evenings, delusions by day and peaceful nights, bad nights and cheerful days..."

He, therefore, telegraphed their friend, Ka Cox, asking her to join them, believing her presence might have a calming effect on his wife.

But her arrival brought no improvement in Virginia's condition and so the party returned to London.

The Plough Inn is still the pleasant village inn that Virginia Woolf would have known in the happier time here during her honeymoon.

It boasts an inglenook fire place and a mass of carved Tudor beams.

It is a cosy hostelry in which to while away a summer's afternoon, or a dark winter's night, at which time of year you might well encounter a friendly local or two who will delight in telling you in hushed tones all about the ghost.

The story goes that a Spanish traveller arrived at the inn one long ago night in the 16th century and fell into conversation with a group the locals.

His companions, noting his rich attire and full figure, became convinced that he must also be carrying a hoard of gold coins with him.

As the night wore on the traveller, somewhat the worse for drink, announced that he must go to bed. Staggering to his feet, he slurred, "goodnight," walked unsteadily from the bar and headed up to his room via an outside stone staircase.

His drinking companions listened to the thud of his footsteps on the stairs, heard the latch of his bedroom door as it lifted, then heard the dull thud of the door as it closed behind him.

They gave him a few minutes to get settled and then stealthily snuck up the stairs, quietly opened the bedroom door and strangled the Spaniard in his bed.

They searched his belongings and they searched his room, but they could find no sign of any gold. It seems he had none on him, although one version of the story holds that the man had hidden it before he climbed into bed.

His ghost now makes periodic returns to the inn, either to mourn the ignominy of his end or else, to check that his gold remains safely hidden.

He was said to appear on the stairs that led to his room, and when they were removed, to make way for an extension, his footsteps were heard where the stairs had been.

He is also thought to be the dark, cloaked figure that has been seen in an upstairs room of the pub.