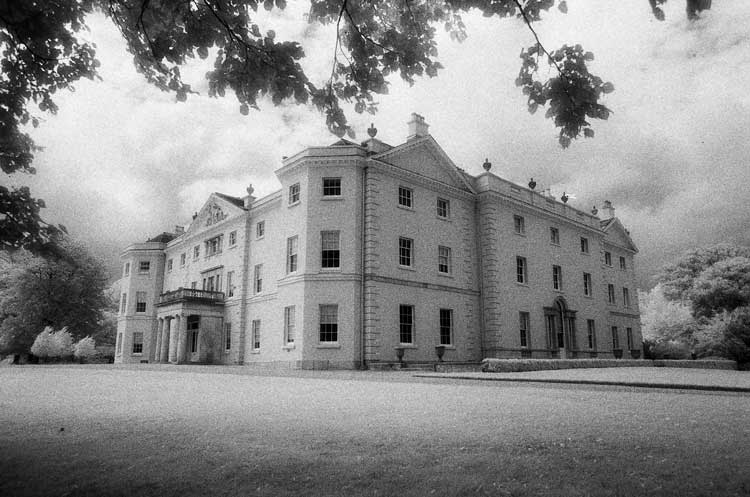 Incorporating parts of a Tudor building that formerly stood on its site, Saltram House is a magnificent Georgian mansion that overlooks the Plym estuary in Devon, and which is set in beautiful gardens, surrounded by 500 glorious acres of landscaped parkland.

It was recently used as the location for Norland Park in the film adaptation of Jane Austen's Sense and Sensibility, starring Emma Thompson, Kate Winslett, Hugh Grant and Alan Rickman.

Its grandiose interior boasts ornate plasterwork, exquisite hand-painted Chinese wallpaper, several portraits by Joshua Reynolds, a friend of the Parker family whose house this was, and if none of these are considered justifiable reasons to pay a visit, then there is always the chance of an encounter with several ghosts that can chill the marrow and perplex the mind in equal proportion.

Legend holds that at some stage in the distant past a kitchen maid was murdered in the house.

The reason for her death, and the identity of the crime's perpetrator are now just two of the house's forgotten secrets.

What is certain, however, is that her ghost still roams the property, as a hooded figure in a dark cloak who has glides across a corridor and melts through the solid door that leads into the dining room, although she never re-appears on the other side of the door.

Another mysterious visitor to Saltram House is the ghostly child whose apparition a resident once woke to find sitting at the foot of her bed.

The child said nothing, sat motionless for a few moments and then melted away into thin air.