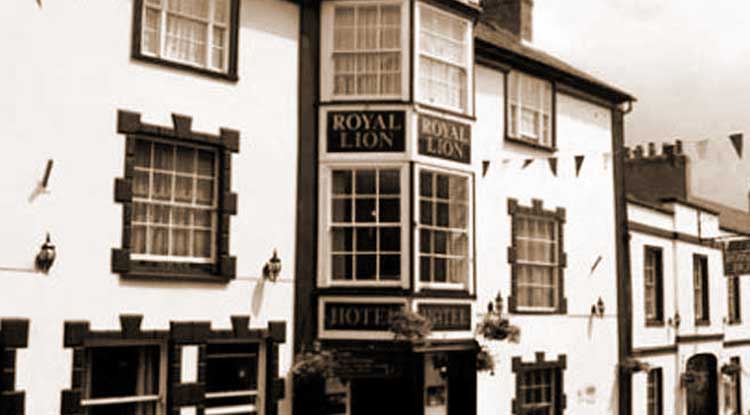 In the Middle Ages Lyme was an extremely busy port.

The first clash between Sir Francis Drake's fleet and the Spanish Armada took place in Lyme Bay in 1588.

It was also here that James, Duke of Monmouth - leader of the Monmouth Rebellion - landed in 1685.

Later Jane Austen would use the town as a setting in her novel Persuasion, as would John Fowles in his epic tale The French Lieutenant's Woman. The subsequent film of the novel, starring Jeremy Irons and Meryl Streep, was shot here. Many of its buildings were used as locations, including The Royal Lion Hotel, a coaching inn that dates back to the beginning of the 17th century, and which also happens to be haunted.

The Cloud Of Ectoplasm

The most disturbing phenomenon encountered at the inn is without doubt the cloud of ectoplasm that several witnesses have seen in one of the corridors, and which one woman described as being like a ‘damp mist going right through you, turning you to jelly’.

People have also heard disembodied footsteps approaching them, and have told how their mystification turns to alarm when, as the invisible form passes by, a chilly sensation envelopes them.

What lies behind these mysterious and unsettling occurrences is not known, although some people believe the fact that public executions were once carried out on the site next to The Royal Lion may have something to do with the unseen revenant that now wanders the corridors of the old hotel.