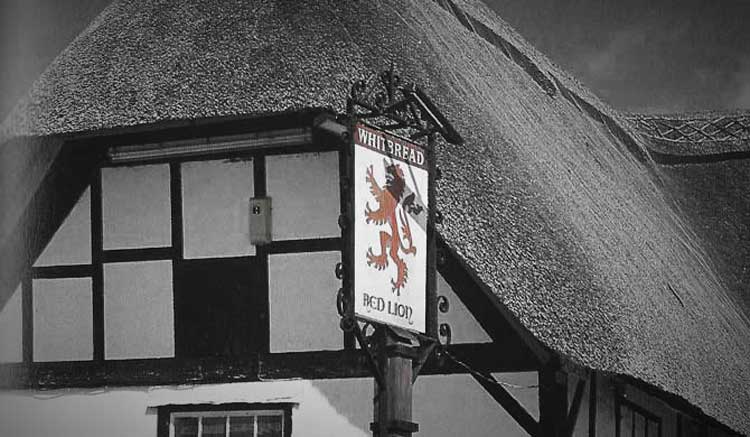 Surrounded By The Stones

Many is the landlord and landlady who tries to dream up a unique selling point that will tempt customers over their threshold and thus swell the coffers of their inn's tills.

The battle to proclaim theirs the oldest hostelry in England is a well-known ploy, as are the plethora of ghostly inhabitants said to lurk in the darker recesses of many an historic watering hole.

None, however, can come close to matching that of The Red Lion, which can claim, without fear of contradiction, to be the only inn in the world that is located inside a prehistoric stone circle.

Avebury dates from between 4000 and 2400BC, and is actually made up of three stone circles.

The whitewashed walls and dark, thatched roof of The Red Lion provide a strange contrast to the colossal stones that encircle it.

The building dates back to the early 1600s, and was a farmhouse until 1802, when it acquired a licence and became a coaching inn.

It has done sterling work ever since, attending to the needs of hungry and weary travellers and, of late, to those who venture to this legend-shrouded location to experience its aura of magic and mystery.

Several ghosts are known to reside both within and without the ancient property. Very occasionally a phantom carriage, drawn by ghostly horses, has been seen clattering across the inn's courtyard.

Successive landlords have preferred not to become acquainted with this spectral visitor, since it is a harbinger of tragedy, and means that a close relative is about to die.

During the 17th-century English Civil War, Florrie' s husband is said to have returned unannounced from the conflict and caught his wife in the arms of another man.

He shot her lover dead and slit his wife' s throat. He then dragged her body to the well (still to be seen in one of the pub's front rooms) and, having thrown her down it, sealed it with a huge boulder.

Florrie's ghost has remained behind ever since, searching, it is said, for a man with a beard; although whether he represents her husband or her lover tends to vary with different versions of the story.

A Close Shave For Bearded Customers

She has been seen emerging from and disappearing into the old well, which is now glassed over to serve both as a curiosity and as a drinks table.

Bearded customers in particular appear to attract her attention.

On one occasion a chandelier in the restaurant suddenly began to spin round at an alarming speed. When the manager was summoned, he nodded knowingly when he saw that the man sitting directly underneath it sported a bushy beard.

Other parts of the 400-year-old building are also haunted.

The ghosts of two children, whom several guests have seen cowering in a corner, haunt the Avenue bedroom.

An equally ethereal woman who sits writing at the table, either oblivious to or unconcerned by their evident distress, often accompanies them.

Only the walls know the truth about who they were and what domestic tragedy lies behind their manifestations - and they're not telling.

Strange orbs of light hovering in the darkness, weird shadows flickering across walls; and cold spots that have been known to chill the marrow of even the most hardened sceptic, are just some of the other phenomena experienced at this genuinely atmospheric old inn.

Several guests have been so disturbed by their experiences that they have refused to stay another night.

A Tranquil And Calming Place

The majority, however, fall under the spell of its ancient corridors and creaking floorboards and, like the pub's manager, Richard Bounds, find it a tranquil and calming place. "Outside the stone circle," says Richard, "I can't sleep at night. But in here I sleep like a log."