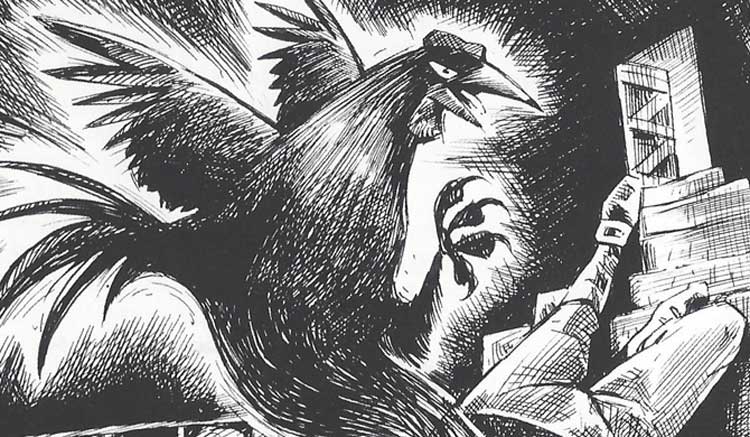 An Inn No More

The Punch Bowl Inn claimed to be the "very first licensed public house in the land," acquiring its license in 1620, although the building itself is believed to be older in origin.

in its time it saw service as a courthouse, a coaching inn and a smugglers den. But, its served its last pint (or, to be precise, the staff within served their last pint) on 1st May 2012 and, at the time of writing the future for the building is undecided.

Which is a great pity. since the walls of the inn were the keepers of a delightfully melodramatic ghostly tale.

The story goes that the parish's old rector was entertaining his curate to dinner one night when the wine ran dry.

He headed down to the cellar to fetch another bottle, but tripped on the top stair and tumbled to his death.

Some say that the curate, who was having an affair with the rector's wife, actually pushed him.

Whether it was murder or a tragic accident, the next day the vicar returned to haunt the village in the guise of a large black cockerel that attacked everyone that crossed its path.

As the villagers cowered indoors, afraid to venture out, the demonic bird flew in through one of the pub windows and into an earthenware oven.

To ensure that the fearsome bird stayed put for evermore, the landlord summoned a mason who cemented over the oven, thus imprisoning the vicar's vengeful spirit in an airtight tomb for eternity.