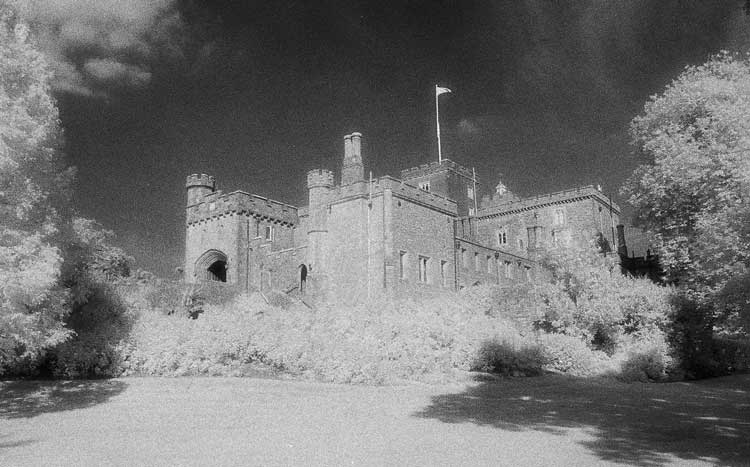 One Of England's Oldest Family Homes

Powderham Castle, the ancestral home of the Earl and Countess of Devon, was built in 1379 by Sir Phillip Courtenay, and is one of the oldest family homes in England.

Many of its medieval rooms still exist and are still inhabited by several of its former occupants.

Two hundred years ago, during renovation work in one of castles oldest sections, the Guard Tower, it was discovered that one of ancient walls was hollow.

Breaking it down, workmen were horrified to discover a secret room that contained the bones of a woman and a baby.

Although the grisly remains were re-interred in nearby Powderham Church, the spirits of the unknown mother and child have remained at the place where, according to several mediums, they were bricked up alive and left to die in cold and terrifying darkness.

The second ghost to wander this magnificent castle is that of the "Grey Lady", whose sombre revenant has been seen many times, either enjoying a nebulous stroll between the castle and Powderham Church, or else flitting about the library where she leaves a cold chill in her spectral wake.

She is thought to be Lady Frances, who married Viscount Courtenay in 1741, and her appearances are said to be an ill omen that presage the death of the head of the family.