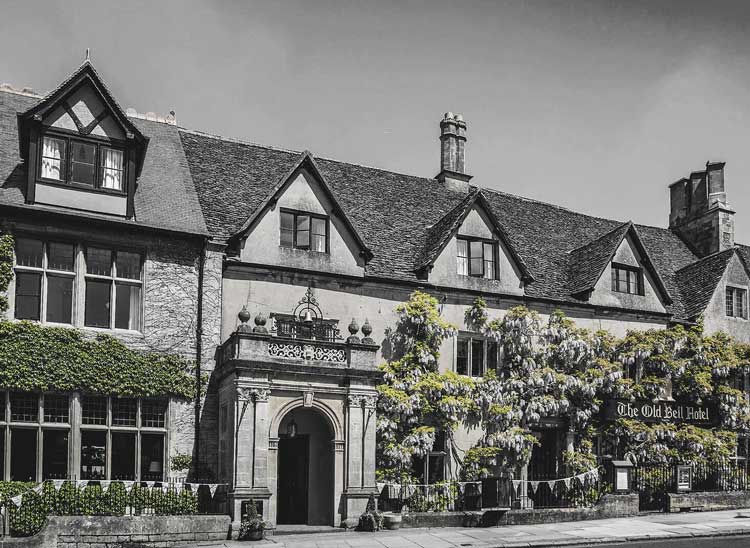 The Old Bell was erected around 1220 and has been in continuous use as a place of hospitality ever since.

It is a lovely old building, with stone arches, cosy recesses, blazing log fires and a medieval, hooded fireplace that was rediscovered as recently as 1986.

It was originally used to lodge important guests who came to visit Malmesbury Abbey, next to which the old hostelry stands.

The building was greatly expanded in 1908 by its then owner, Joseph Moore.

Tradition holds that he financed the project with a cache of gold that he found buried in the grounds of the abbey.

The Shy Ghost Of The Grey Lady

The building is the haunt of a ghostly grey lady, who is sometimes seen drifting around the upper floors in the early hours.

Nobody knows who she was, or what indignity or tragedy caused her to remain earthbound.

Nor is anyone ever likely to find out: she is a shy spectre who, in a neat reversal of custom, appears to take fright when she meets a living soul, and vanishes into thin air!