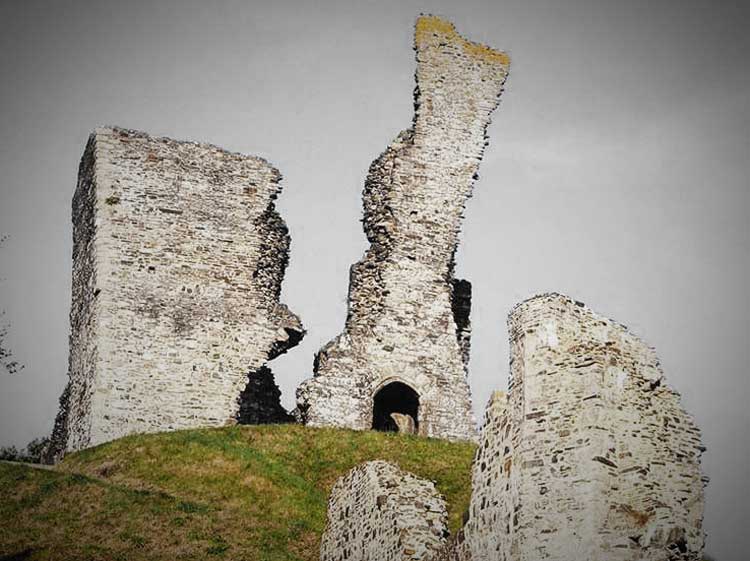 Although the history of this early Norman Castle, the forlorn ruins of which cling precariously to a thin shale outcrop, is relatively uneventful, its spectral tenant has a delightfully melodramatic quality to her nocturnal machinations.

Mary Howard, was a relatively well to do lady who, for reasons unknown, chose to disinherit her children.

In death, however, she has become confused with Lady Frances Howard - a notorious poisoner – and legend has defamed her memory by attributing the murders of four  of her husbands to her.

As a result, she has been condemned to perform a nightly penance, whereby she must travel across Dartmoor in a carriage made from the bones of her supposed victims and, upon arriving at Okehampton Castle, she must pluck one blade of grass from the hillside.

Only when all the grass is will Lady Howard’s penance be complete, releasing her from the onerous task with which a blatant case of mistaken identity has burdened the poor woman!