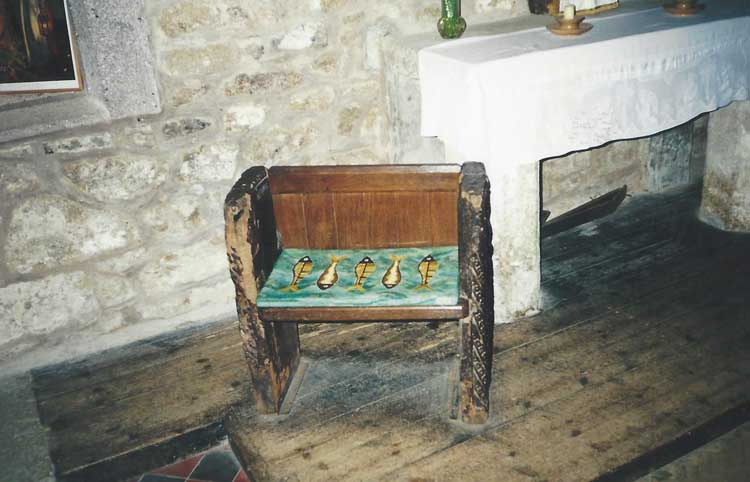 The Mermaid Of Zennor

The delightful church of St Senara, situated in the lovely seaside village of Zennor, cowers in a hollow under the granite mass of Zennor Hill.

Although the earliest records we have of the present beautiful building date from 1150, it is a certainty that a church of some sorts has stood on this site since at least the 6th century, when the Irish and Breton missionaries came to Cornwall with the intention of converting the natives to their religion.

Tucked away in a side aisle of the church is a time-battered wooden chair on which can clearly be seen the scars that five hundred and more years of constant usage have inevitably left upon its surface.

On the chair's side there is a curious carving of a mermaid, a symbol which had several interpretations for medieval worshippers. 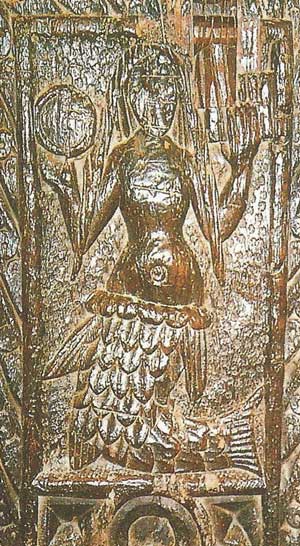 A Symbol Of Lust

Before the Christian era, mermaids were one of the symbols Aphrodite, goddess of the sea and love. In one hand she held a quince (love apple) and in the other a comb.

Later the quince was changed to a mirror, symbol of vanity and heartlessness.

She was seen by medieval Christians as a symbol of lust and a warning against the sins of the flesh.

But she also had another more inspirational interpretation amongst seafaring communities where she was also used to illustrate the two natures of Christ.

As she was both human and fish like, so Christ could be both human and divine, a message that would have struck a chord with the inhabitants of this isolated region whose lives were both dependent upon and intertwined with the sea.

But local legend maintains that this figure of the mermaid commemorates an actual event from the parishes history, when the singing of a chorister named Matthew Trewhella, enticed a mermaid ashore from the depths the sea.

Each Sunday she would sit at the back of the church, spellbound by his beautiful voice.

One day, she could contain her infatuation no more and, luring him from the church, led him along the tiny stream that still babbles through the centre of the village and into the sea at nearby Pendour Cove.

But on warm summer evenings, if you stroll to the picturesque inlet now called "Mermaid's Cove," it is said that you will hear the two lovers, singing happily together, their voices rising from beneath the thunderous percussion of the crashing waves.