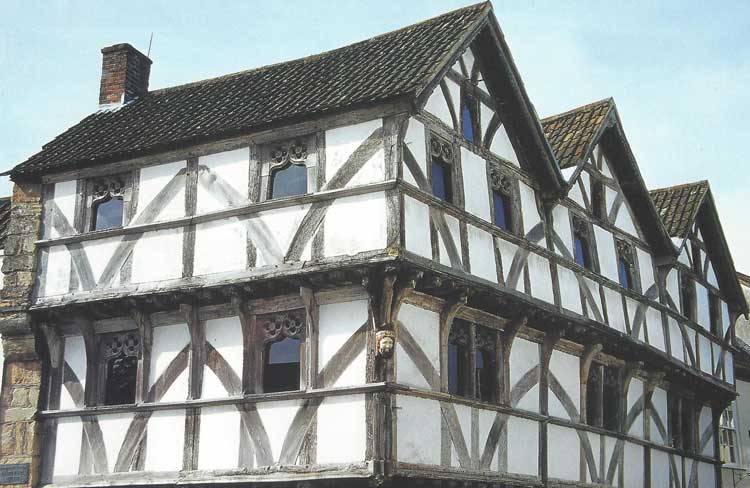 King John's Hunting Lodge is a much restored early Tudor merchant's house the name of which commemorates the time when Axbridge was a favoured base for Royal hunting parties.

It is a small, timber-framed structure that occupies a corner of the market square and which gives the impression of leaning wearily against its neighbours for support.

The Lady In A White Dress

Several visitors have reported sightings of a beautiful Elizabethan lady garbed in a shimmering white dress inside the property.

Nobody knows who is was, nor why she chooses to wander the old building in spirit form.

Staff at the building are somewhat dubious that she does infact roam the house and dismiss her as little more than a product of over-active imaginations.

However, the other ghost that haunts the property is less easily pooh-poohed since it has been sighted a number of local residents who have been only too happy to talk of it.

It is the spectral form of a tabby cat which has been seen in the vicinity of the doorway to the panelled room on the buildings first floor.

Some witnesses have been honoured with a full manifestation of the phantom feline, whilst others have simple caught brief glimpses of its tail. But, whenever a search is carried out in the wake of a sighting, there is never any sign of the mysterious ghostly cat of King John's Hunting Lodge.