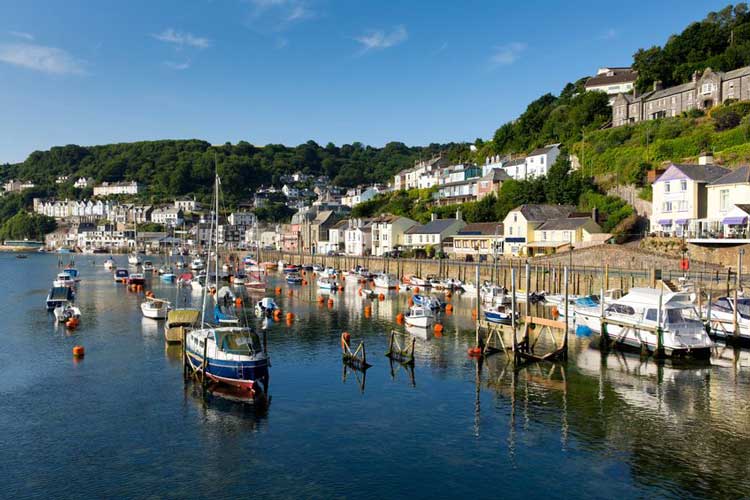 With a history that stretched back to 1516 and a clientele that has, over the years, consisted of seafarers, locals and tourists and travellers from across the globe, "the Jolly", as it is known to its regulars, is as cosy and welcoming an establishment as you could wish to find.

The spirit of the sea is splashed across its time-daubed walls, and the main beam that dominates the bar is, so it is claimed, booty form the Battle of Trafalgar (1805) and was originally part of a French ship that was captured by the HMS Indefatigable - although some accounts claim that the beam actually came from the HMS Indefatigable.

When the ship was broken up, in 1815, the inn's then landlord indulged in a little plunder himself and arranged for this beam to be incorporated into the ceiling of the main bar, where it remains to this day.

Smugglers At The Jolly Sailor

Given its location, it goes without saying that the inn became a favoured haunt of the smuggling fraternity.

On one occasion, the local excisemen received a tip-off that a new batch of illicit contraband was being kept at the inn, and they duly launched a surprise raid intent on seizing the illegal barrels and meting out the King's justice on the smugglers.

However, there endeavours were thwarted by the resourcefulness of the then landlady, who, on hearing the tell-tale splintering of the inn's front door, promptly perched herself atop the barrels, covered them with her petticoats and commenced knitting nonchalantly.

The excisemen searched in vain, but could find no trace of the illegal haul. She must have been a very large landlady!

Ghosts Of The Jolly Sailor

Of course, with so much history crackling away within, it is inevitable that "The Jolly" has, over the years, managed to acquire a ghost or two to complement its other fixtures and fittings. Indeed, their website includes the tantalising warning, "But beware, many Cornish books and stories report that the historic rooms of the Jolly are haunted."

One of the resident wraiths is that of a pony-tailed, frock-coated coachman, who wears a linen shirt, leather gaiters. He's harmless enough, simply confining his activity to just "appearing' before bemused witnesses before fading into nothingness.

A spectral young girl, has been known to pass through the walls on the inn's landing, whilst a small woman, attired in old-fashioned dress has been known to engage staff and guests in brief conversation, after which she makes her exit in time-honoured ghostly fashion, by disappearing into the nearest wall.

However, the most unusual apparition to, quite literally, hop its was around the rooms and corridors of the old inn, is that of a white rabbit, that is more an object of curiosity than of fear.

The Jolly Sailor is a truly atmospheric hostelry, and, ghosts aside, will reward the weary traveller with a warm welcome and superb hospitality.

And, should you happen to notice a lady, perched somewhat uncomfortably in a corner of the bar, be sure to look beneath her petticoats!