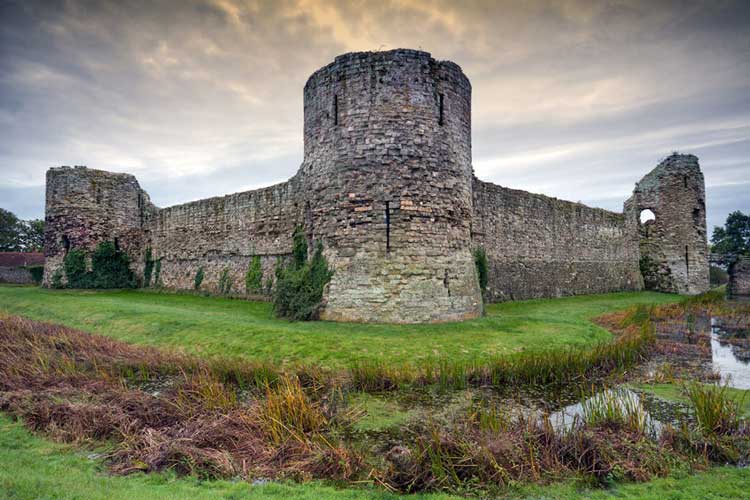 A Selection Of Sussex Ghost Stories

This imposing Castle was built in 1441 by Sir Roger de Fiennes and, although it is now occupied by a Canadian university, the grounds are open to the public and provide tantalising glimpses of the red brick, moated fortress that was restored to its original splendour in the early part of the 20th century.

There is a tale that one of Sir Rogers sons attempted to force himself upon one of the girls from the village, but met with valiant resistance. She escaped his clutches by leaping into the moat, but her attacker managed to catch hold of her, drag her back into the castle where he assaulted and then murdered her.

This unfortunate girl is thought to be the spectral white lady whose noiseless wraith has been seen swimming desperately in the moat at night, or standing nearby wringing her shrivelled hands in sorrowful torment.

But the most famous shade to stir within the ancient walls is the Phantom Drummer, who has been seen striding along the ramparts at night.

Some say that he lived in the 15th century and that he was killed at the battle of Agincourt, and that he has beaten his own death tattoo ever since, with showers of blue sparks cascading from his glowing drum sticks.

Other accounts name him as Lord Dacre who, for some reason, pretended to have died but lived secretly in the castle with his beautiful young wife.

To deter the attentions of the numerous suitors who came to woo his supposed widow, he donned a drummer's uniform, applied a liberal coating of phosphorous to his face, clothes and drum, and appeared as a fiendish phantom around the castle.

His wife is said to have eventually grown so tired of his deceit that she locked him in his room, and starved him to death.

Angered at the indignity of his ignominious demise, his ghost has continued to patrol the castle and grounds ever since.

This delightful redbrick Queen Anne building was home to American-born writer Henry James from 1898 until his death in 1916.

He claimed that he was frequently disturbed by poltergeist activity and that he was often visited by the ghost of an old lady, wearing a mantilla, who helped him with his writing.

Although no one else ever saw this woman an amateur photographer who had visited the building sometime later, was surprised by the appearance of this spectral lady on one of the pictures he had taken.

Following James's death the author E.F. Benson became the tenant of the house and he too was troubled by poltergeist activity.

Sometime later Rumer Godden, author of Black Narcissus, moved into the property. When the poltergeist activity started afresh, she called in a priest and had him "bless everything including the fridge"!