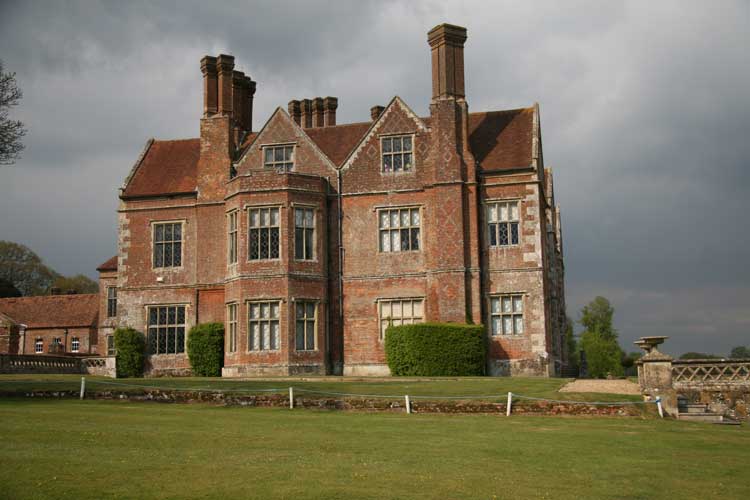 On 2 September 1685, Dame Alice Lisle stepped through an upstairs window of this ancient hostelry, placed her old and weary head upon a wooden block, and was beheaded.

She was sentenced to death at the infamous Bloody Assizes by the notorious "hanging Judge Jeffreys";, her crime to have given shelter to two rebels fleeing the bloody aftermath of the Monmouth uprising.

Jeffrys wanted her dragged on a hurdle through the streets of Winchester, and then burnt at the stake.

But King James II, fearful of the reaction of the people of Hampshire, commuted her sentence to a simple beheading.

And so her last night was spent in an upper room of The Eclipse, repose made impossible by the sounds of the scaffold being erected, hard against its walls.

Once the executioner had finished his bloody business, her body was conveyed to its final resting place in Ellingham churchyard.

The mournful cortege was followed by hundreds of ordinary men and women, walking silently in disapproval at her unjust fate.

Since then, Dame Alice Lisle has returned time and again to the timbered tavern where she spent that last troubled night.

Her sudden appearance has startled staff and customers alike as, clothed in a grey woollen dress, she watches them silently from the dark recesses.

Her sad and solemn spectre is now regarded as nothing less than the oldest and most distinguished resident of this atmospheric establishment.

With an impressive Georgian facade that is a famous feature on Southampton's High Street; and a roll call of eminent former guests - including Edward Gibbon (author of The Rise and Fall of the Roman Empire, and who visited in 1762), William Makepeace Thackeray (who wrote some of his novel Pendennis here in 1850), and Jane Austen (who attended a ball and was asked to dance by a ‘black-eyed, French officer in regimentals’) – The Dolphin Hotel can boast a rich and varied history.

A ghost of regular though impeccable habits whose name is "Molly", also haunts it.

She was, so it is said, a cleaner who died under mysterious circumstances and now chooses to drift around the premises at around 2am, floating just above the ground and leaving a cold chill behind her.

This 300-year-old coaching inn is the haunt of a number of earthbound spirits.

Chief amongst them is the tall Green Lady whose phantom form has been seen repeatedly, gliding along an upstairs corridor in the dead of night. Whether she is also responsible for the mysterious footsteps heard in other parts of the old building is unknown.

A second female revenant, described as being less distinct, has also been seen.

A male companion, in whose ethereal company she will drift silently past bemused bystanders, sometimes joins her. One witness described them as being ";not quite white, but semi-transparent", and went on to explain how their fleeting appearance had left him feeling ";as if a couple of people had drifted through me".

No one has ever discovered their identities nor, for that matter, uncovered what long-ago event, tragic or otherwise, lies behind their spectral ramblings.