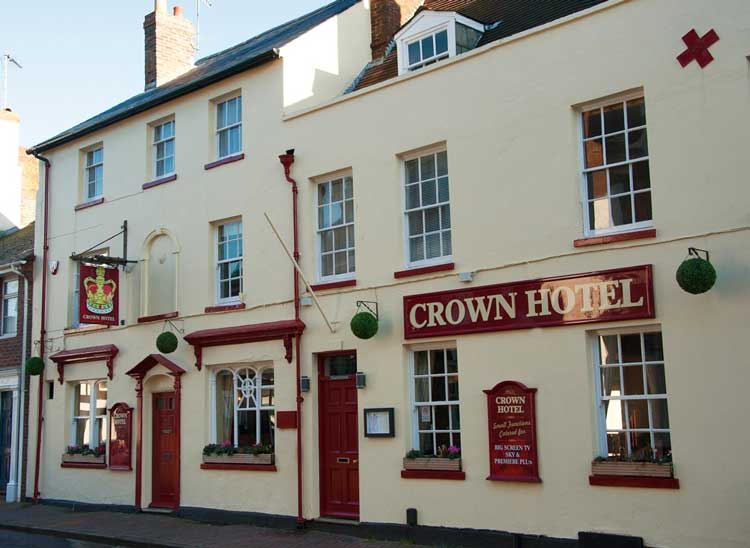 The Ghostly Twins That Nobody Wanted

The ghosts that haunt The Crown Hotel certainly display a poignant twist of melodrama.

Legend holds that in the 17th century deformed twins were born to an owner of the building, and their parents kept them chained in an upstairs room away from the prying eyes of the world outside.

Having endured their miserable existence for a while, the poor mites died and were, so tradition claims, buried under the floor of the inn’s larder.

Their ghosts have since become a more or less permanent ethereal fixture at The Crown, and the sound of children playing has often echoed across the inn’s empty courtyard at dead of night.

More substantial is the wraith of a despondent young girl in a white nightdress that has been seen from time to time leaning on a banister.

The door of one of the bedrooms has also been known to rattle violently. One guest who experienced it gazed on dumbfounded as the handle then slowly turned and the door creaked open to reveal that no one was outside.

Suddenly, he felt a cold chill pass over him; as it did so a blue light floated from his room, glided down the corridor and melted into the wall. Another guest had to be calmed with a glass of brandy when a man with whom he had been chatting in the toilet had the temerity to suddenly vanish!