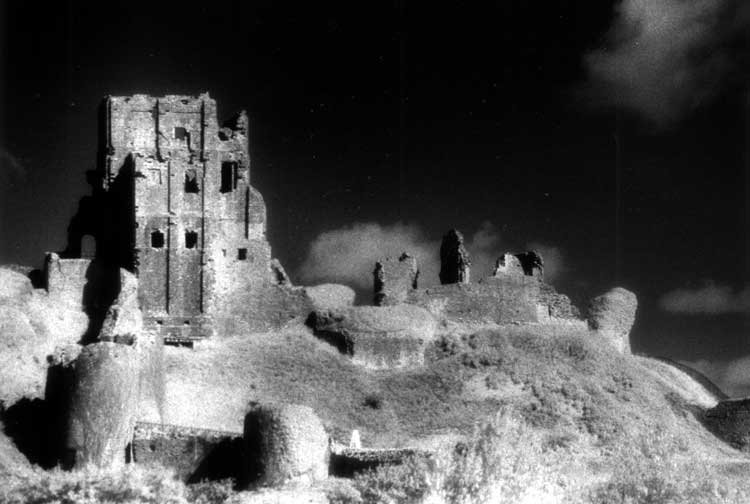 Impressively situated on its lofty throne and protected by steep cliffs, the once vast Corfe Castle is now little more than a hollow shell.

Having crossed the stone bridge that spans its deep moat, you find yourself wandering amidst stark, monolithic columns or meandering through narrow corridors where ancient walls lean towards you at strange, almost threatening angles.

William the Conqueror began the castle; although it was King John who turned it into the Royal Palace, the melancholic ruins of which, survive today. 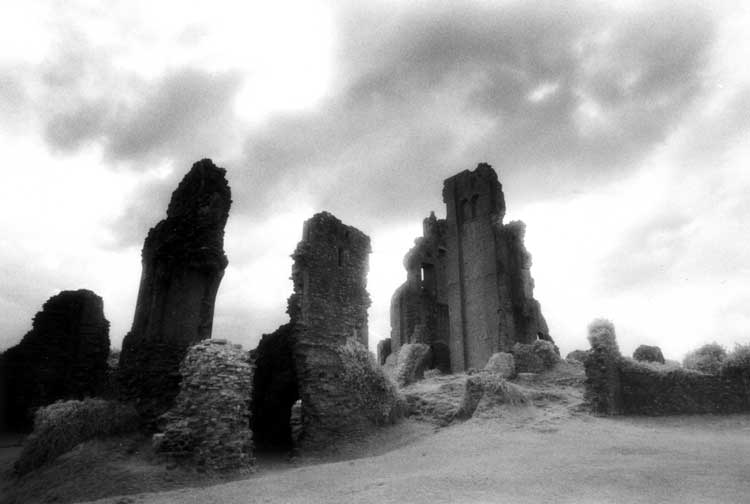 During the English Civil War, the re-doubtable Lady Bankes defended Corfe Castle, until she was betrayed by one of her own garrison, who allowed Parliamentary soldiers to gain possession of the building, whereupon they set about destroying the edifice.

They toppled its mighty walls and undermined its foundations until - within a short period of time - nothing but the hollow shell that you see today remained. 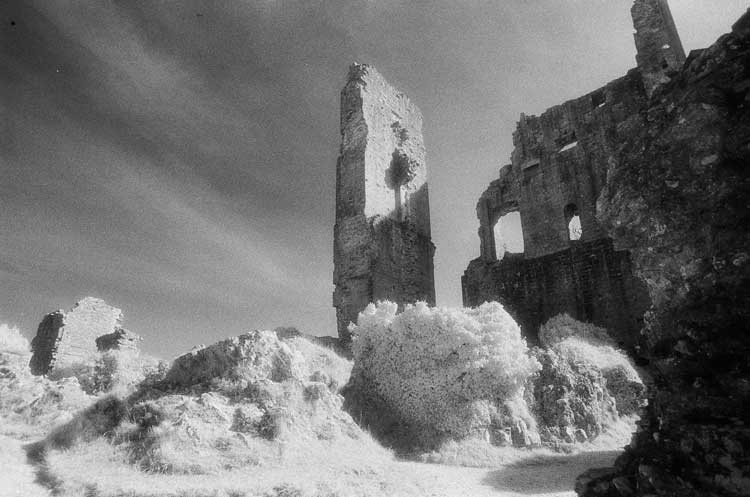 Wraiths In The Ruins

An aura of mystery soon descended over the bare ribs of the once regal pile, as people began to whisper of ghostly encounters amidst the mouldering ruins.

Strange, flickering lights were seen moving about the ramparts at night.

The heart-rending sobs of a weeping child were heard in a cottage that abuts the rocky knoll on which the castle stands.

But the most persistent of all the spectres, that haunt the robust remnants, is the headless white lady, whose shimmering shade chills the blood of those who chance upon her, and they find themselves shivering and shaking until she turns and drifts slowly away, fading into nothingness as she goes.