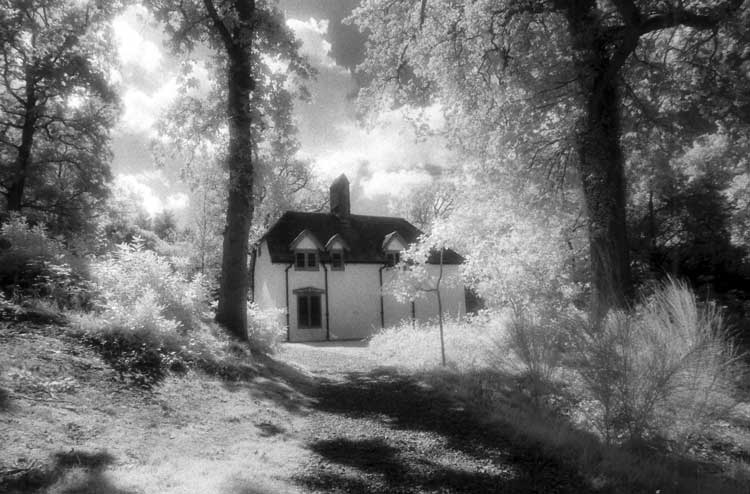 The whitewashed cottage, Clouds Hill, ensconced behind a tall screen of rhododendron, was little more than a ruin when Thomas Edward Lawrence - best remembered the world over by the sobriquet "Lawrence of Arabia" - purchased it in 1925.

Over the next ten years he carried out extensive renovations, finished his Seven Pillars of Wisdom, and entertained such literary luminaries as Thomas Hardy, George Bernard Shaw, and E.M. Forster - whose description of Clouds Hill as "a primitive little house, curiously welcoming with its log fires and windy gramophone" - perfectly describes its ambience.

Nothing Would Take Him Away

In 1935, Lawrence left the air force and retired to Clouds Hill, his contentment being such that, in the May of that year, he wrote to Nancy Astor exclaiming, "Nothing would take me away. It is an earthly paradise and I am staying here."

Five days after recording those sentiments, he was dead. Killed when he swerved to avoid two small boys, who strayed into the path of his powerful Brough Superior Motorbike.

But the emotions expressed in the letter to Lady Astor about Clouds Hill have proved prophetic, for his ghost, resplendent in swirling Arab dress, was soon seen entering his beloved cottage at dusk.

Furthermore, the distinctive roar of his Brough Superior, racing along the local roads in the dead of night, has been heard by many who reside in the vicinity of the tiny cottage where "Lawrence of Arabia" found the peace that had eluded him for so long, but which - physically at least - was to be so short lived.