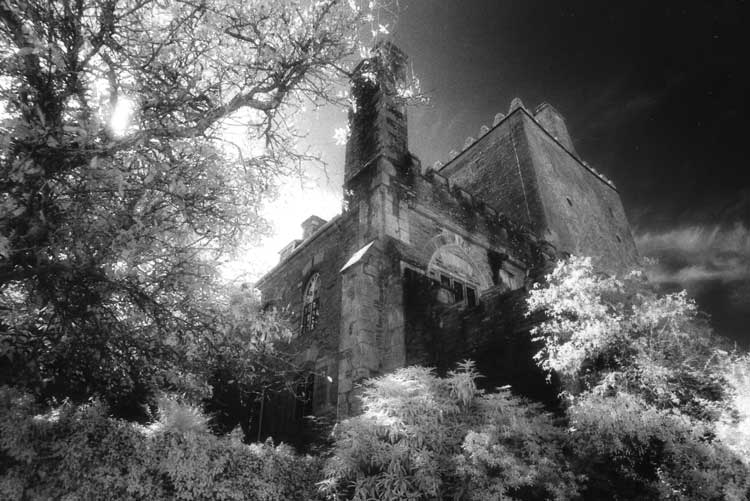 Nestling in their peaceful woodland setting the sleepy buildings of Buckland Abbey blend harmoniously into their surroundings and no one who ventures here can deny that the whole foundation lies in a time warp.

In 1582 the Abbey was purchased by Sir Francis Drake, who set about a rebuilding programme, which, local tradition claims, took a mere three nights to complete because he invoked the assistance of the devil!

As punishment for this demonic dabbling Drake, it is said, has been condemned henceforth, to drive a black hearse, drawn by four headless horses, across Dartmoor on moonless, windswept nights.

The fearsome cortege is pursued by a spectral pack of baying hounds, their hellish screams carried upon the wild winds, as they seek the souls of un-baptised infants.

Inside the building is displayed the drum, that Drake supposedly gave instructions was to be returned to Buckland Abbey, as he lay dying aboard his ship off Puerto Bello, Panama, in January 1596.

The spirit of Drake is said to live on in this battered drum and there is an old tradition that its beat will be heard whenever England is in danger.

It was heard on the eve of the battle of Trafalgar, and again in 1939, when the spectre of another war hung over Europe, and Drakes descendents steeled themselves to fight of the threat of another invasion.