An Ancient Place of Worhsip

In 1625 Tristram Risdon wrote that St Michael de Rupe (meaning of the Rock) was, "a church, full bleak, and weather beaten, all alone, as if it were forsaken", and his description has never been bettered.

The church is 1,100 feet above sea level, and the rocky crag atop of which it stands may once have been part of a volcanic cone. 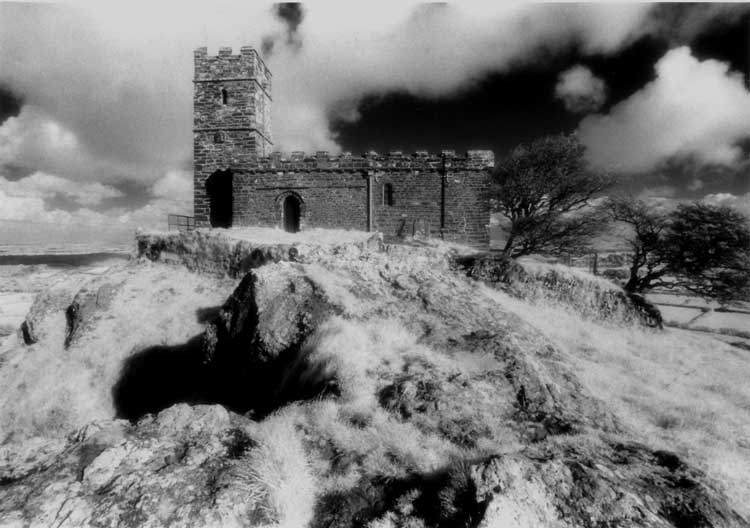 The first church in Brentor appears to have been built in around 1130 by Robert Giffard, whose father, the Lord of Longueville, came to England with the Norman Conquest.

Legend, however, says that the church was built by a wealthy merchant, whose ship was caught in a storm off the Devon coast and who, in the midst of the tempest, cried out to his patron St Michael, that if he were saved, he would build a church upon the first land he sighted.

Whether, Brent Tor would have been the first land he saw from off the Devon coast is debatable, but the legend of a sea-tossed merchant founding the church is an established part of local folklore and was repeated by Charles Kingsley in his Westward Ho, first published in 1855.