In March, 2018, stories appeared in several Cornish newspapers that a certain house in the parish of St. Petherwin was being haunted by a ghoslty who had died under tragic circumstances in the 17th century. She had been making her presence known in, by cuasing the lights to flicker, and the kettle to suddely switch on and come to the boil of its own accord.

There was also a story of how the four-year-old-daughter of a previous family who had occupied the proprty would often wake in the night and then later tell her parents that "the woman would put her back to bed."

According to the reports, the ghost respsonsilbe for all this was that of Dorothy Dingley - although her surname is also give as Durant in some accounts.

Although her story was well known in thse parts in the early 19th century, it was thanks to local clergyman, antiquarian, collector of folk tales and respected author, Robert Stephen Hawker (1803–1875) that her fame beame more widespread, when his tale of "The Bothanen Ghost" appeared in Charles Dickens' publication All The Year Round in May, 1867. His account of the haunting has become the best known version, and has since appeared in numerous books on supernatural Cornwall. 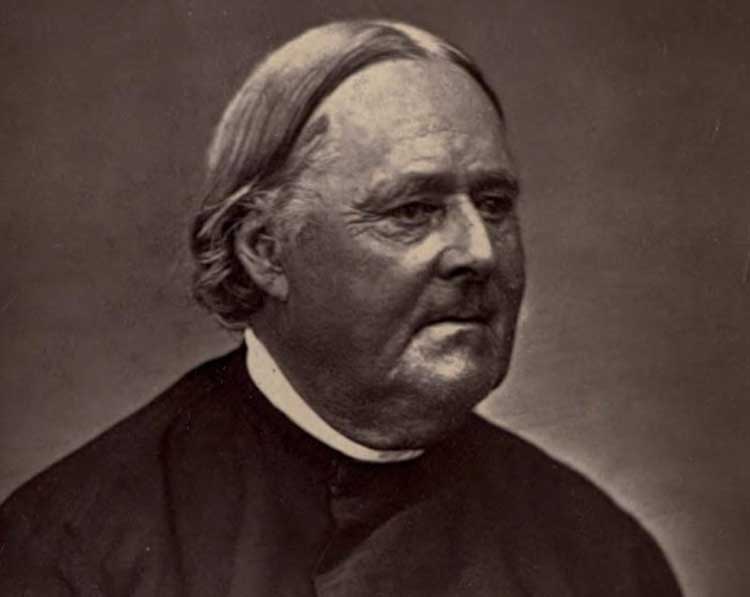 A Ghost In Cornwall

However, versions of the story had been appearing in several West Counry newspapers throughout the 19th century.

The following account appeared in The Exeter and Plymouth Gazette on Saturday 8th December 1827.

"We caution our readers, and particularly our Cornish friends, not to be alarmed at the headline of this article, for they will observe at the outset that the occurrence (narrated by a respectable correspondent, whom we are indebted for many interesting and original communications) took place above a century ago.

In these later days, the re-appearance of the defunct is generally disbelieved; and, therefore, it is, perhaps, that, except now and then on the stage, no Ghost ever attempts to frighten honest folks out of their seven senses.

The following relation is very amusing, and our readers may give what credit they please to it.

The Ghost In The Field

About 162 years since, a Ghost is said to have made its appearance in a field about half-a-mile from Botathan, in the parish South Petherwin, near Launceston.

In the narrative which is given of this occurrence, it is said to have been seen by a son of Mr. Bligh, who was aged about sixteen, by his father and mother, and by the Reverend John Ruddell, master of the Grammar school of Launceston, who was also incumbent there, one of the prebendaries of Exeter, and vicar of Alternou.

The relation given by Mr. Ruddell is in substance as follows:-

Young Mr. Bligh, a lad of bright parts and of no common attainments, became on a sudden pensive, dejected and melancholy.

His friends, observing the change without being able discover the cause, attributed his behaviour to laziness, an aversion to school, or some other motive, which they suspected he was ashamed to avow.

He was, however, induced after some time to inform his brother that in a field through which be passed to and from school, he was invariably met by the apparition of a woman, whom he personally knew while living, and who had been dead about eight years.

Ridicule, threats, and persuasions were alike used in vain by the family to induce him to dismiss those absurd ideas.

Mr. Ruddell was, however, sent for, to whom he had ingenuously communicated the time, manner, and frequency of this appearance. It was in a field called Higher Broomfield. The apparition, he said, appeared dressed in female attire, had met him two or three times while he passed through the field, glided hastily by him, but never spoke. He had thus been occasionally met about two months before he took any particular notice of it; at length the appearance became more frequent, meeting him both morning and evening, but always in the same field yet invariably moving out of the path when it came close by him. He often spoke to the apparition, but he could never get any reply.

To avoid this unwelcome visitor, he forsook the field, and went to school and returned from it through a lane, in which place, between the quarry-park and nursery, the spectre always met him.

Unable to disbelieve the evidence of his senses, or to obtain credit with any of his family, he prevailed upon Mr. Ruddell to accompany him to the place.

"I arose," says this clergyman, "the next morning, and went with him. The field to which he led me I guessed to be about twenty acres, in open country, and about three furlongs from any house. We went into the field, and had not gone a third part of it before the spectre, in the shape a woman, with all the circumstances he had described the day before, so far as the suddenness of its appearance and transition would permit me to discover, passed by. I was a little surprised at it, and though I had taken up a firm resolution to speak to it, I had not the power, nor durst I look back, yet I took care not to shew any fear to mv pupil and guide; and, therefore, telling him that I was satisfied with the truth, walked to end of the field and returned; nor did the ghost meet us that time but once.

On the 27th of July, 1665, I went to the haunted field, by myself, and walked the breadth of it without any encounter. I then returned, and took the other walk, and then the spectre appeared to me, in much about the same place in which I saw it when the young was with me.

It appeared to move swifter than before, and seemed to be about ten feet from me on right hand, insomuch that I had not time to speak to it, as I had determined with myself to do so before band.

The evening of this day, the parents, the son and myself being in the chamber where I lay, I proposed to them that we all go together to the place next morning.

We accordingly met at the stile we had appointed, thence we all four walked into the field together.

We had not gone more than half the field before the ghost made its appearance. It then came over the stile just before us, and moved with such rapidity that, by the time we had gone six or seven steps, it passed by. I immediately turned my head and ran after it with the young man by my side. We saw it pass over the stile at which we had entered, and no farther. I stepped upon the hedge at one place, and the young man at another, but we could discern nothing; whereas I do aver, that the swiftest horse in England could not have conveyed himself out of sight in that short space time.

Two things I observed in this day's appearance. First, a spaniel dog which had followed the company unregarded, barked and ran away, as the spectre passed by, whence it is easy to conclude, that it was not our fear or fancy which had made the apparition. Secondly, the motion of the spectre was not gradatim or by steps, or moving of the feet, but a kind of gliding as children upon ice, or as a boat down a river, which punctually answers the description the ancients give of the motion these Lamures.

It Was Dorothy Durant

This ocular evidence clearly convinced, but withal strangely affrighted the old man and his wife.

They well knew this woman as having been Dorothy Durant in her life time; they were at her burial; and now plainly saw her features in this apparition.

The next morning, being Thursday, I went very early by myself, and walked for about an hour's space in meditation and prayer in the field next adjoining.

Soon after five, I stepped over the stile into the haunted field, and had not gone above thirty or forty paces before the ghost appeared at the further stile.

I spoke to it in some short sentences, with a loud voice; whereupon it approached me me, but slowly, and when I came near it moved not. I spoke again, and it answered in a voice neither audible nor very intelligible. I was not in the least bit terrified, and therefore persisted until it spoke again and gave me satisfaction; but the work could not be finished at this time.

Whereupon the same evening, an hour after sunset, it met me again near the same place, and, after a few words again on each side, it quietly vanished, and neither doth appear now, nor hath since, nor ever will more to any man's disturbance.

The discourse in the morning lasted about a quarter of an hour.

These Things Are True

"These things are true, and I know them to be so, with as much certainty as eyes and ears can give me; and until I can be persuaded that my senses all deceive me, about their proper objects, and by that persuasion deprive myself of the strongest inducement to believe the Christian religion, I must and will assert, that the things contained in this paper are true.

As for the manner of my proceeding, I have no reason to be ashamed of it. I can justify it to men of good principles, discretion, and recondite learning, though in this case I choose to content myself in the assurance of the thing, rather than be at the unprofitable trouble to persuade others to believe it, for I know full well with what difficulty relations of uncommon nature and practice obtain belief.

Through the ignorance of men in our age in this peculiar and mysterious part of philosophy and religion, namely, the communication between spirits and men, not one scholar in ten thousand, though otherwise of excellent learning, knows any thing about it.

This ignorance breeds fear and abhorrence of that which otherwise might of incomparable benefit to mankind."

On this strange relation, the writer of this forbears to make any comment."

The Reason For The Haunting

As to the reason for Dorothy's ghost to having chosen to appear to the Bligh family, tradition holds that the elder brother had got her pregnant and she died in childbirth.

Whatever the truth behind her appearances, her story became a popular one in the 18th and 19th centuries and no compilation of Cornish ghost stories was considered complete without the inclusion of the strange tale of Botathan ghost.