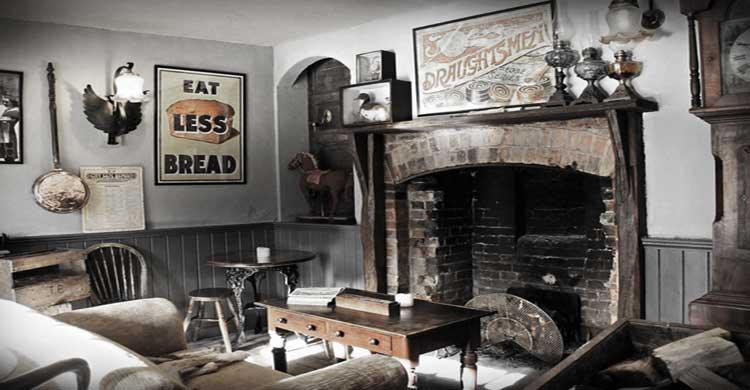 The Region's Most Haunted Hotel

The Black Swan overlooks the Market Place in Devizes, and, although the existing building dates only from 1737, there has been a hostelry on the site for much longer.

Indeed, the hotel's brick cellar may well date from the early 17th century.

This is, without doubt, one of the spookiest parts of the inn and, as such, has become something of a magnet to investigators of the paranormal in recent years.

Video footage shows orbs of light moving in the darkness, and one intrepid group of ghost hunters even managed to photograph the image of a face, peering at them from the cellar wall.

The Haunting Of Room Four

The thought of spending a night in a cold cellar might not be everyone's idea of a restful break.

So for those who prefer their creature comforts and seek a decent night's unrest in a haunted bedroom, room 4 is the place to lay your head.

Several guests have left this room in the middle of the night when the resident revenant has turned up to interrupt their slumbers.

She is said to be a young woman in a flowing dress who materializes from the wall, glides to the chair by the window and sits down, gazing out into the night. Having kept her weary vigil for a short time, she rises slowly into the air and floats across to melt into the wall behind the bed.

Two researchers who spent a night in the room hoping to make the acquaintance of the mysterious woman had what they thought was an incident-free ghost-watching session; until, that is, they watched the film from their video camera that had been trained on the chair all night.

At around 1.15am a misty form could be seen floating in the vicinity of the chair. It is debatable as to whether or not this was the ghostly resident playing to the gallery, but one thing is certain: her frequent visits, coupled with the other phenomena that have been experienced in other parts of the building, make a visit to The Black Swan a must for all who seek a much-researched and well-documented haunted hostelry.