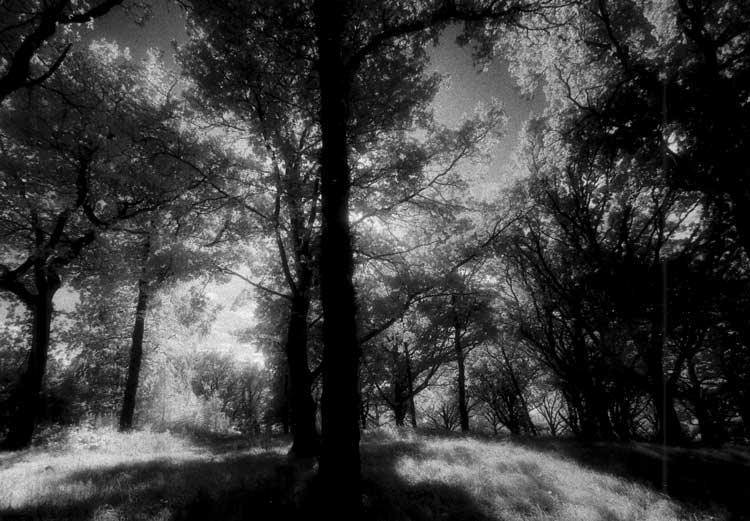 This Iron Age hill fort was probably constructed by the Durotriges tribe, who provided the first real resistance that the Roman's encountered when they commenced their southern invasion of Britain in AD43.

It consists of three concentric ditches that were dug to a depth of around twenty feet and the resultant rubble then utilised to create a high earth rampart on the inner side of each ditch. The ramparts were probably crowned by a timber enclosure that would have provided cover for the defenders.

However it gave little protection against the might of Rome and became one of twenty similar hill forts that fell to the forces of the future emperor Vespasian as his legions swept westwards towards Exeter.

It is rumoured that the Roman's established a town called Vindocladia just outside the fort, but since the site has never been excavated there is no archaeological evidence to back this up.

It is traditionally claimed that Badbury Rings is the location of Mons Badonicus (Mount Badon) where, in the late 5th or early 6th century, King Arthur fought his greatest and truly decisive battle against the Saxons.

The claim is based solely on the similarity between the names Badbury and Badon and no historical evidence actually exists to suggest that this was the site, nor for that matter that such a battle ever took place!

However, according to legend, following their defeat in the north of the country, the Saxons had promised to return to their homeland.

But instead they sailed south round the coast, landed at Torbay and terrorised their way inland until they arrived at Mount Badon on the summit of which they took up an advantageous position.

Furious at the broken pledge, Arthur hurried south, and raising his mighty sword, Excalibur threw himself up Badon’s slopes, slaying 470 Saxons as he went.

Emboldened by his example, his followers stormed after him, and the enemy was routed once and for all. So complete was Arthur’s victory that it brought about a period of peace that would last for twenty-one years, until he was forced to defend his kingdom against his treacherous nephew Mordred.

Furthermore, since the defeated Saxons now became settlers, rather than invaders, and began inter-marrying with the native Britons, it sowed the seeds from which grew the English race.

Given the violence of its past, legendary or otherwise, genuine feelings of peace and tranquility pervade the air around Badbury Rings today.

In summer its slopes are carpeted by red deadnettle, eyebright, buttercups, thistles and silverweed.

Butterflies and dragonflies hover nonchalantly around the beech and oak trees that stand proudly upon a site that is imbued with history and mystery, and beneath which those long ago tribesmen who fought bravely against the might of Roman oppression may still lie buried.