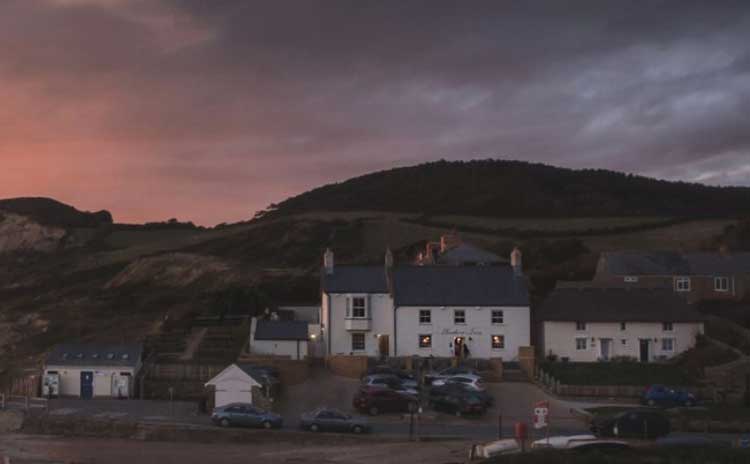 The End Of The Road

The road that runs through Seatown ends abruptly at The Anchor Inn, an 18th-century establishment that sits almost on the beach and cowers beneath Golden Cap, the highest point on the south coast of England.

The cove below the inn was an ideal spot for smugglers, and such was the extent of their nefarious activities that, in 1750, it was deemed that Seatown should be given a resident exciseman.

From his guardhouse in the village the unfortunate holder of the post was expected to single-handedly curb the activities of the smugglers.

Of course it proved a thankless and onerous task, compounded by the fact that the local squire was reputedly the leader of one of the smuggling bands.

The excisemen encountered frequent and open hostility, and one of their number was even shot dead at the top of The Anchor's stairs as he eavesdropped on a group of smugglers in the bar below.

His ghost is still said to wander the premises, a sad and forlorn figure condemned to lament the lack of manpower that resulted in his demise.

Supernatural activity, however, is not only confined to the timeless interior of The Anchor.

An old cottage that stands next to the inn was once let out for holiday accommodation.

Several visitors who stayed there were subjected to close encounters of an ethereal kind and several of them found their experience so alarming that they refused point-blank to go anywhere near the cottage again!